Fashions of the beatles

The Beatle haircut, also known as the mop-top because its resemblance to a mop, is a mid-length, straight cut, collar length at the back and over the ears at the sides with straight fringe bangs. 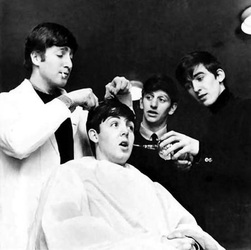 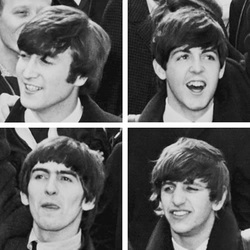 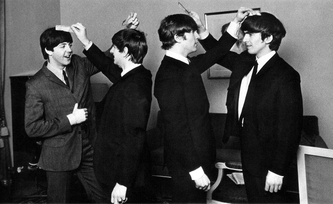 "In the early Beatle-mania years, The Beatles would occasionally wear black, and then later grey, collarless suits. These suits, instead of leather trousers, plaid shirts, and slacks, became very common for new bands to wear after 1964.

Later, during the psychedelic era of 1967–1968, The Beatles popularized bright colors, and wore paisley suits and shirts and trousers with floral patterns. The Beatles also made Indian-influenced fashions such as collarless shirts and sandals popular.

By the late 1960s, The Beatles had adopted trends toward more casual fashions, with t-shirts, blue jeans, and denim jackets. Lennon also popularized wearing solid white suits, reflecting an interest in minimalist design that also influenced the cover of the album The Beatles. This mixture of casual wear and unconventional formal clothing could be seen in The Beatles' later years as they grew beards and flocked towards more hippie and Indian clothing.

The Beatles also brought boots into fashion. "Beatle boots," are tight-fitting, ankle-length boots with a pointed toe which originated in 1963 when Brian Epstein discovered Chelsea boots while browsing in the London footwear company Anello & Davide, and consequently commissioned four pairs  for The Beatles to complement their new suit image upon their return from Hamburg, who wore them under their trousers." 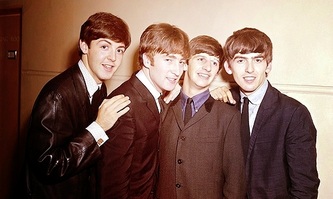 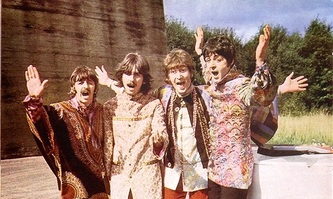 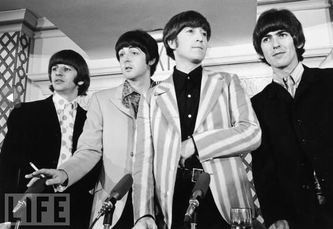 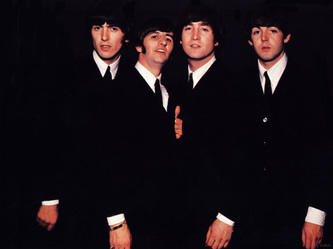 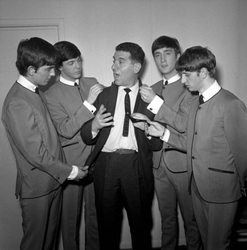 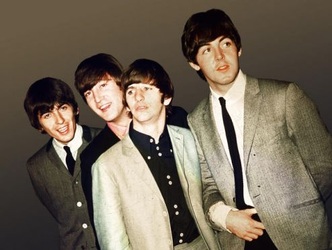