"In the early 1960s, moptop-mania took over when a captivating British foursome came to the Americas for the first time. The Beatles transformed from teen idols to leaders of the youth movement and powerful cultural agents. The Beatles’ persona helped them form a more personal connection to their fans than their competitors could ever dream of.
“The press was always ready to shoot down somebody big, and they were ready to shoot down the Beatles as well. But they were so funny and so cute; they were like the Marx Brothers, they were just really hilarious. Everyone in the press loved them immediately, and it came out in the press that way.”
Upon their arrival in the United States, the Beatles wore sharply tailored suits and cast themselves as adorable, accessible teen heartthrobs. By the end of the decade, they had absorbed the fashion and consciousness of the growing counterculture and were using their interviews, media events, and music to comment on issues such as the Vietnam War, drug culture, and civil rights." 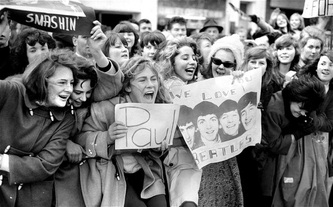 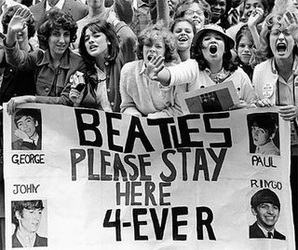 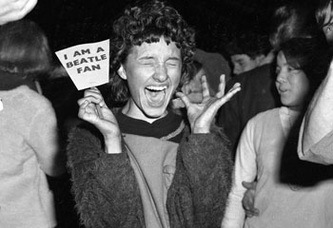 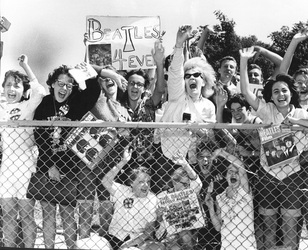